Spirits were high as students streamed into the hall, which had been beautifully adorned with red decorations, adding to the festive atmosphere. Music played in the background amidst the excited buzzing and chattering. The Chinese New Year Celebration was about to begin!

To start off the celebration, the emcees regaled the audience with bilingual jokes in Mandarin and English. The students were then treated to the melodious tunes of the Chinese orchestra, who skillfully played the song “Joyous Occasion”, the fast pace and prevalent use of drums and cymbals enhancing the festive mood. During the performance, several dancers also shared the stage and dazzled the audience with their graceful moves and their elegant use of brightly-coloured and flowing fans. When the performances came to an end, the audience erupted into a thunderous, well-deserved applause.

Next, a few NUSH scholars performed a skit with the theme: Home. It was titled: 回家过年 (Going Home for the New Year). It was both humorous and emotional, with English subtitles for the students who couldn’t understand Mandarin, and had the students clutching their sides with laughter. The scholars also sang a few songs, with the help of others from various levels. Their last song ended with a bang, with the performers jubilantly exclaiming, “XIN NIAN KUAI LE!”, followed by a ripple of ear-shattering applause from the contented audience.

Then, there was an educational segment enlightening the audience with interesting facts pertaining to Chinese New Year. It also had everyone bursting into peals of laughter when a parody of the popular internet video, Pen Pineapple Apple Pen, was played. Everyone left the hall a little smarter that day!

Finally, it was the long-awaited Quiz Time! Questions ranging in difficulty were spread across the levels, giving every student a chance to answer. Delighted students who answered correctly were given prizes—red packets! Though some were disappointed at not getting picked, the Quiz Time was still thoroughly exciting and enjoyable.

The school choir put up a mellifluent performance, with the last and most well-known 《恭喜恭喜》 “Congratulations” inviting mentor reps and student leaders to present their mentors with mandarin oranges representing prosperity.

Last but not least, the celebration ended with a bang as the Chinese Orchestra dazzled us once again with their stunning rendition of 《贺新年》(The Best Day of the New Year). It seems like this year’s celebration was a success yet again, leaving long-lasting memories in the minds of its audience. Thus, as the curtains close on the Lunar New Year (and on this article), I wish everyone a good year ahead! 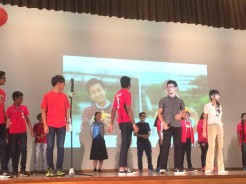 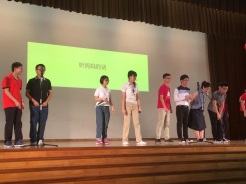 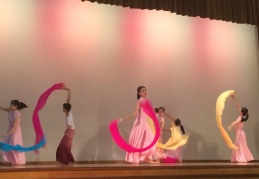 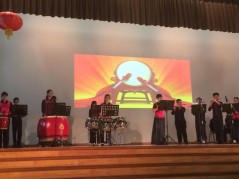